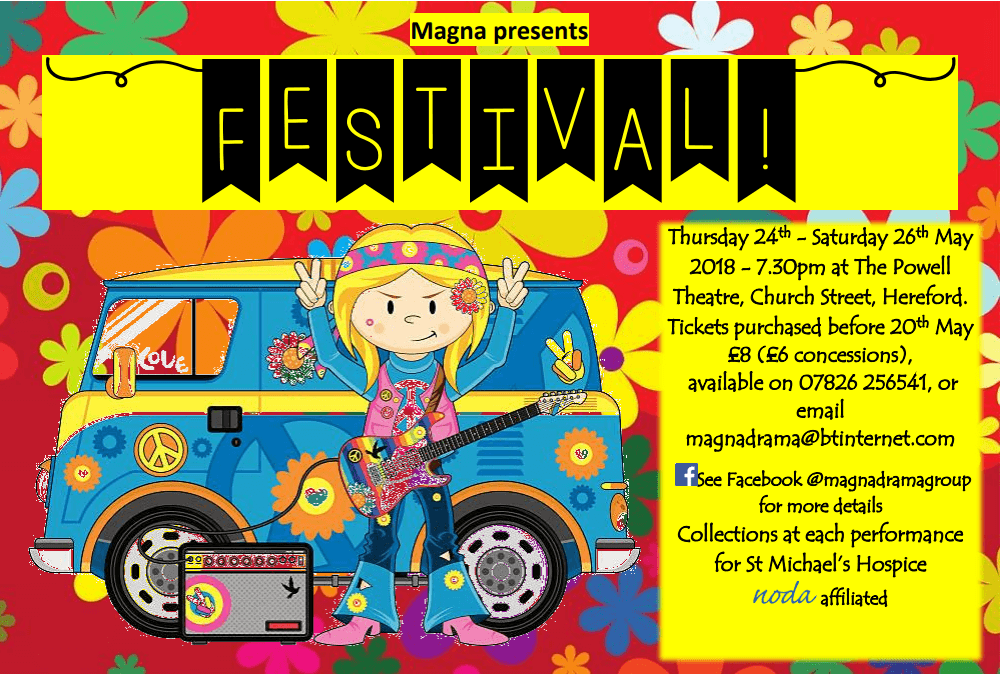 Glastonbury isn’t holding a Festival this year but Magna is!

Magna take to the stage with their latest original comedy, the aptly named ‘Festival’, from 24th to 26th May

Mollie thinks her daughter is a musical prodigy and to get this teenage genius to the stage she decides to invest her life savings in the Bandy Badgers music festival . A first for their village . She invites along a local folk band to boost the artistes ,but war breaks out between them and a rival band when they think they are trying to take over the top spot . Things get even more out of hand when her sister Syd starts to mess up Mollie’s arrangements .

Join us to take an hilarious look at the other side of music Festivals!

Booking details on the poster

This site uses Akismet to reduce spam. Learn how your comment data is processed.