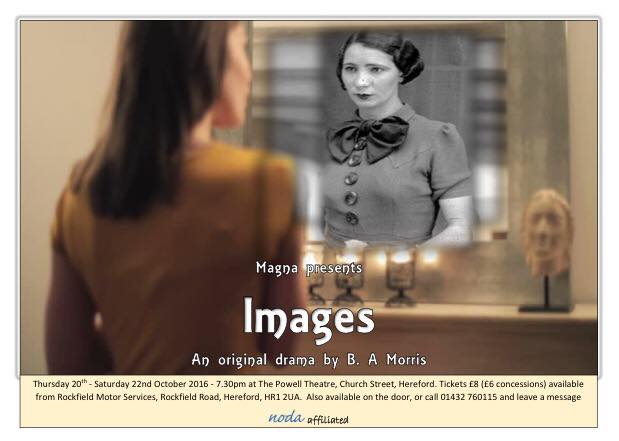 The stage was set for two very different periods; one in present time and one set in the 1930’3. The switch between the periods was made by lighting effects and worked very well. The story ran almost in parallel with similar consequences and as the story evolved it sadly proved that very little has changed in the intervening time. As in previous plays penned by the very talented B. A. Morris the subject matter was not an easy one and faced the uncomfortable issue of men abusing women.

In the present day scenario, Hilary Jones portrayed Jane, the victim of date rape and gave a really convincing performance. Dan Hoskins played Ben the seedy neighbour and has really come on as a more confident actor.  Laura Gwynne played Beth, Jane’s best friend, who wanted to believe her but sort of thought she deserved all she got. As usual Laura gave a very strong performance and ‘enjoyed’ a slanging match with her own daughter, the very talented Charlotte Gwynne, which perhaps came naturally. Charlotte gave a very convincing performance of a young girl grieving the loss of her dead Father and almost losing Jane (her step Mother) to alcohol and partying at a time she needed her most. It was a very adult portrayal and totally believable.

The 1930’s scenario was set around a theft in a church by the most unlikely housewife played by Betty Morris. The fact that she was accused by a Pillar of the Community, the Reverend Davies, well played by Daniel Beer who also has got stronger with each performance, was totally unchallenged by the wife’s Husband played by Paul Oliver, or her two sons Dave Jones and Gareth Thompson.  It really was sad to see that it was hard to disbelieve someone who has such a standing in a local community, even though they knew that she was totally incapable of such behaviour. The underlying plot of abuse by the Reverend on Hollie Moore playing Josie, the girlfriend of Jim (Gareth) which was witnessed by Edith (Betty) was completely disbelieved by everyone including the Inspector played by Jamie Meadows whose reason was because the Reverend had given him a reference when he joined the Police. The plot was complicated by Josie cheating on Jim with his brother Bob played by Dave Jones and as a consequence had been made pregnant by Bob. There were powerful performances from Hollie, Gareth and Dave as the story unravelled and their relationships broke down for ever.

As neither scenario ended well, I was left with a feeling of exasperation however as the author pointed out to me ‘but that’s life’ I had to agree. Another well scripted and poignant play well acted by Magna. Thank you.