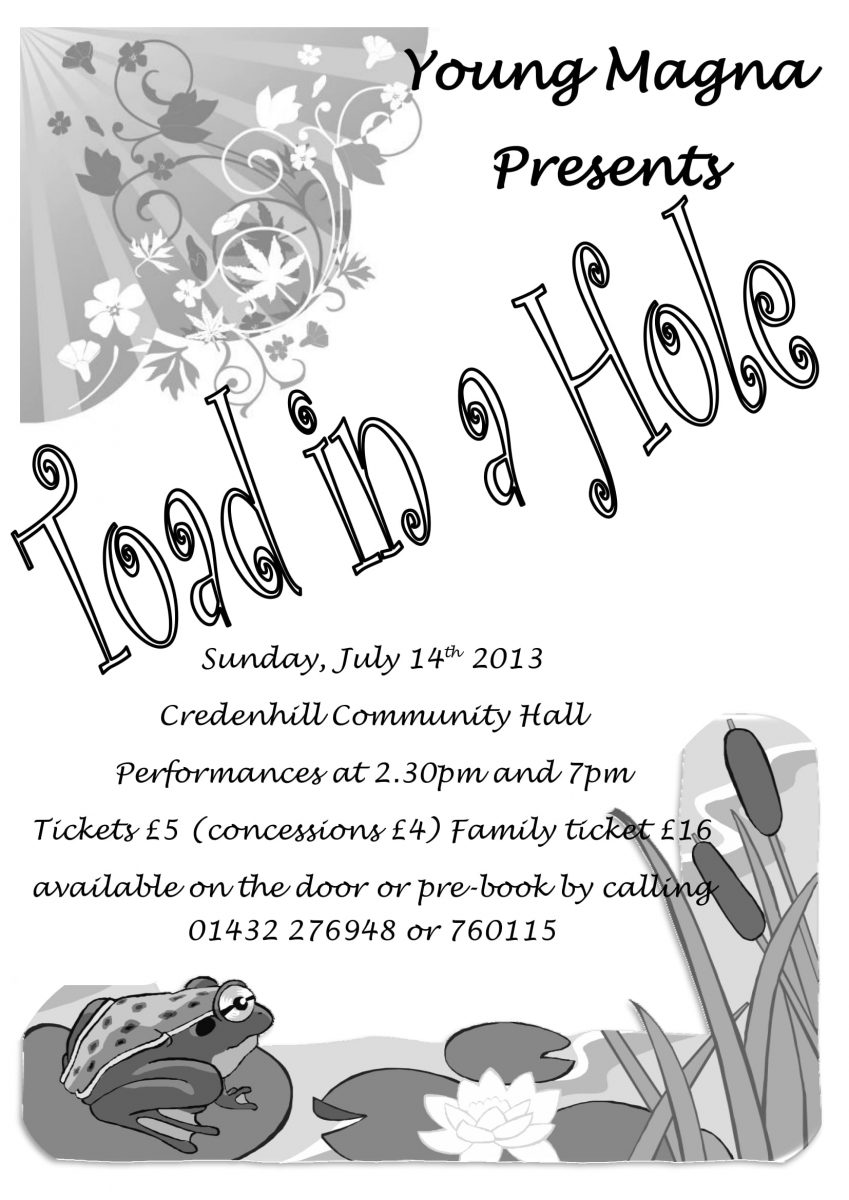 Magna’s Youth Group did a wonderful job with their production of Toad in a Hole. It was very funny and the costumes looked great, the makeup was fantastic and certainly helped to identify the characters that they were portraying.

The use of the hall as well as the stage made it challenging for the young cast as they were very close to the audience, but this did not faze them in the least. The dances that were performed could have easily matched the most experienced dancers and they obviously loved doing them. I was most impressed with the casts’ interpretation of the animal that they were portraying.

Niamh Lloyd as the Horse was so funny and whilst she had the audience in stitches she still retained the most perfect moves of a horse. Charlotte Gwynne made an excellent Miss Rattie and was a true professional when losing part of her costume; she just stepped out of it and carried on like a real trouper. Fred Jenkins was a perfect Badger and has such a loud voice he could be heard distinctly.

Unfortunately some of the other cast dipped occasionally, which was a shame but didn’t detract from the overall performance. Rosie Crowley as the Barge Woman gave a competent first performance and Andrew Jones, the young man who was Mr Toad, unashamedly played to the audience giving an extremely confident and humorous portrayal; I loved his continual hooting like a car horn. In fact the whole cast did a first rate job and I look forward to their future productions.