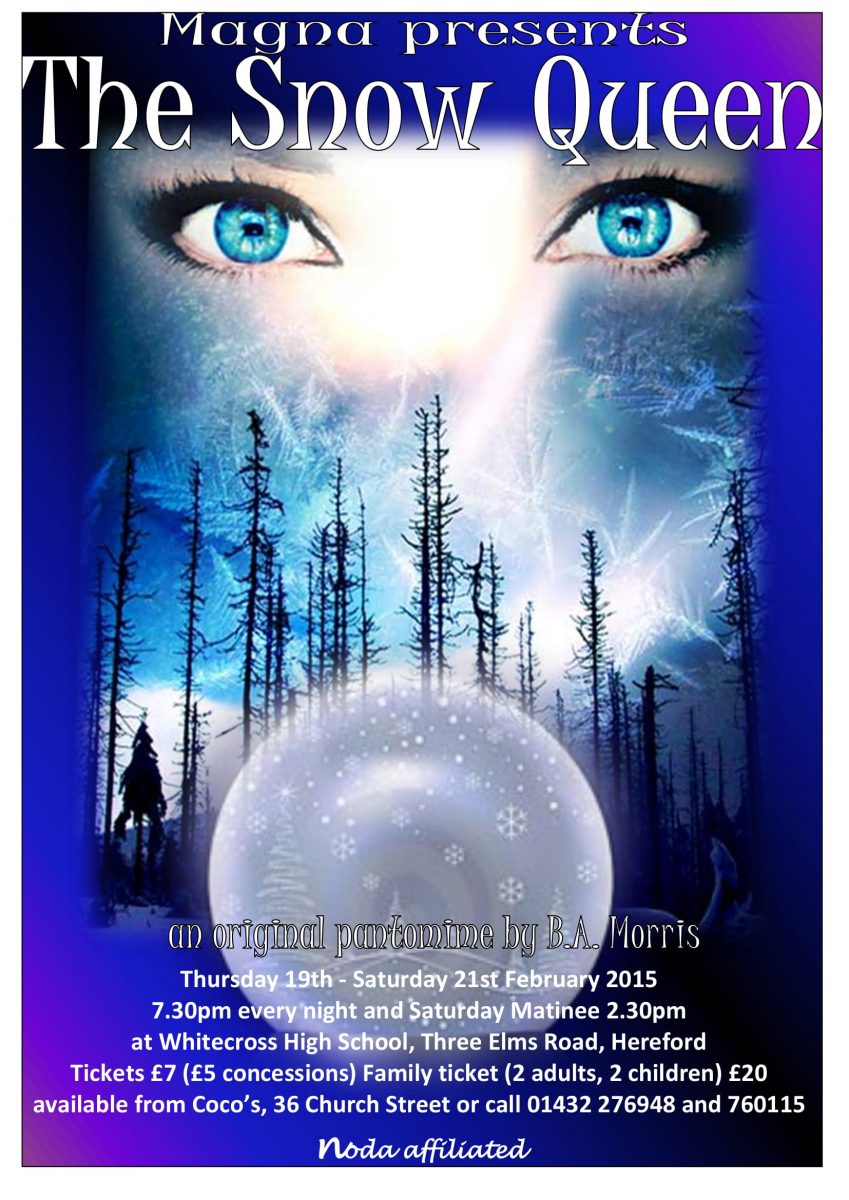 I was fortunate enough to attend this production on the evening that the Hereford Lions Club had sponsored the entire audience, which was filled to capacity by a vast number of very excited children. Their anticipation of a fun filled evening was not disappointed.

The set was beautiful, especially the Snow Queen’s Palace. Its ‘frozen’ appearance made it very special, and was complimented perfectly by Queen Mariella and Jack Frost’s costumes. In fact all of the costumes were lovely and showed just how talented the Magna team are.

This was a traditional style pantomime with the ubiquitous Dame played by Simon Gillisbrand, who reminded me of a cross between Lily Savage and Les Dawson and who soon had a great rapport with the audience; the baddies Ivan and his wife Olga, were very well played by Gareth Thompson and Stephanie Ellis and their spoilt daughter Natasha was played by Hollie Moore who did such a good job that I wanted to smack her.  Of course the really nasty character was the Snow Queen played by Laura Gwynne; she gave a very commanding performance and she and Sammy Jones worked extremely well together adding much humour to their nastiness.

Catherine Donativo was excellent as the good fairy and proved she was quite the comedienne. Hilary Jones and Karen Williams were principal boy and girl and supported the younger members of the cast very well. Megan Jenkins is a star in the making; she played Gerda, the goose girl who saved the day; her duet of ‘Do you want to build a snowman?’ with Tom Franzen who played Kay, was lovely and she was so confident in leading the company in ‘Let it go’; both songs pleased the audience immensely.

The unusual alternative to a community song was getting everyone up on their feet to join in a rap dance which went down a bomb too. Well done Magna, another great show.