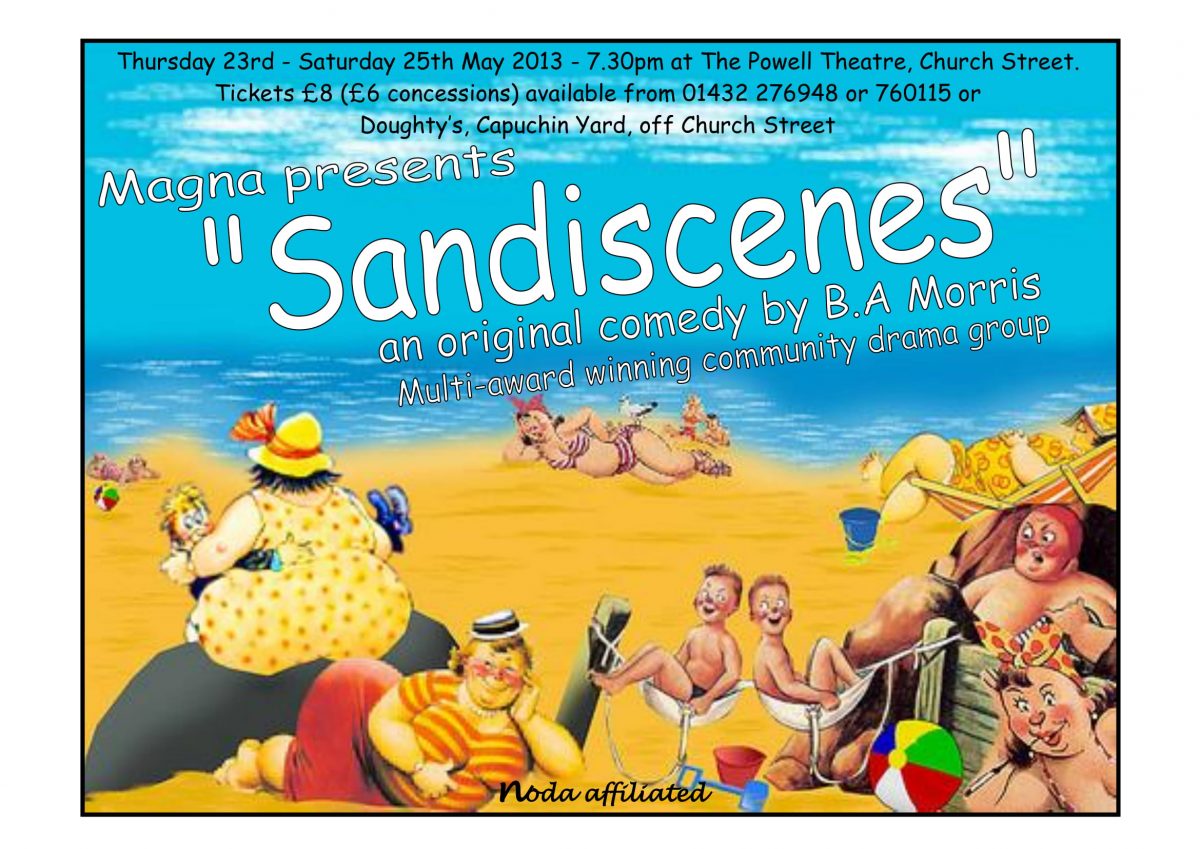 This was another comedy from the pen of Betty Morris in true farce style and which made for a most enjoyable evening. The play was set in a holiday park in Morecambe with Sarah Jenkins as Proprietor who had illusions of grandeur on a budget!

The backdrop was the typical English weather (torrential rain) which contributed to the antics that ensued. Tom Lewis did very well as the inept waiter who due to the Charlie with a mysterious past who transformed into Spanish Carlos the Chef. Hilary Jones was very funny as a novelist who was supposed to be ‘incognito’ to write her racy novel and who also had a past – with Charlie! The family that no-one wants to stay next to on holiday were very well acted by Laura Gwynne, Catherine Donativo and Valerie Lewis.

Daniel Beer as the cyclist/policeman/crook!!! And David Jones as the escaped convict added the extra twists that we expect in a Betty Morris play. However the funniest performances of the evening definitely came from Maureen Baker and Betty Morris who, as members of the Spinners cycling club, were hilarious: their accents alone were convincing and the way in which they portrayed the cycling community, dare I say, was very realistic.

This was another successful production from Magna, thank you for inviting me.