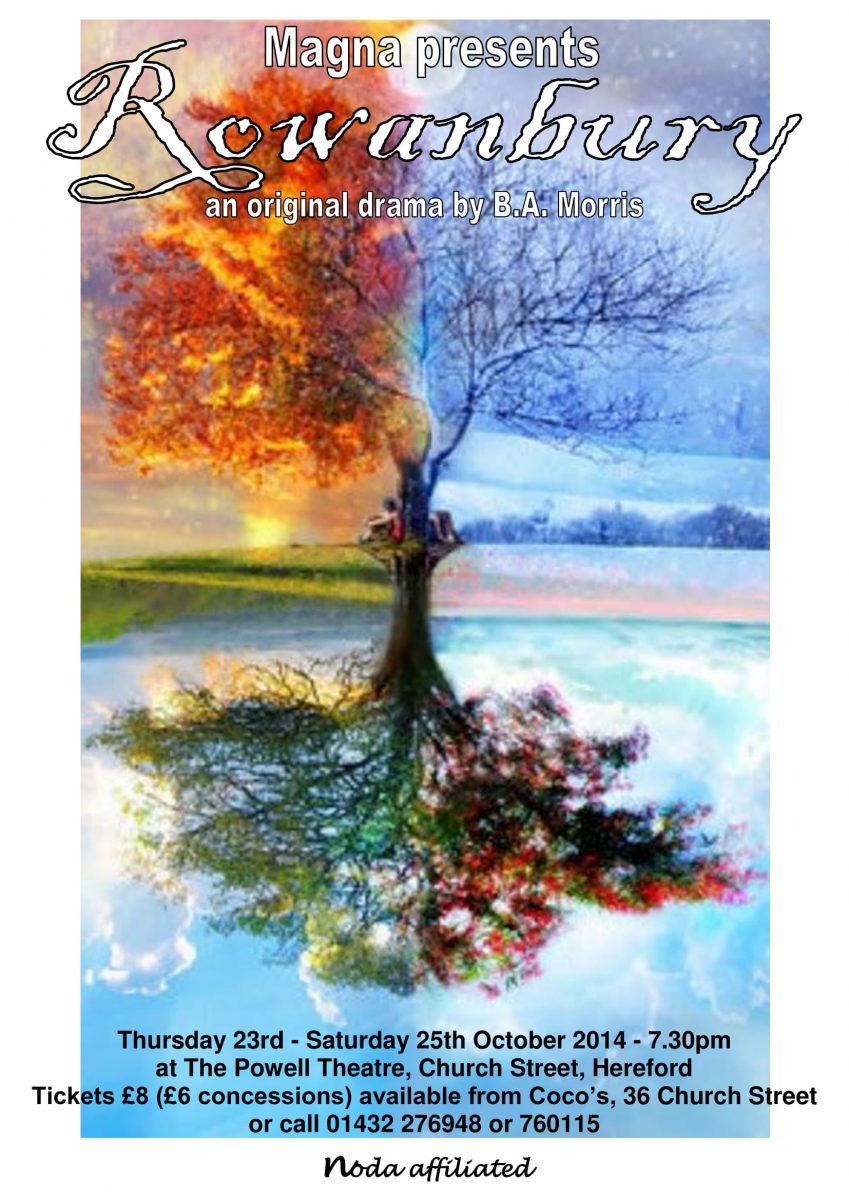 In true Magna tradition ‘Rowanbury’ was a play written by Betty Morris again tackling a difficult subject; namely religion. Magna’s plays are specifically written for the cast and it is good to see how they are consistently challenged. The set, though simple, set the scene perfectly. Lighting effects by Martin Jones added another dimension to the production; the subtle lighting states gave an atmospheric effect. The starkness of the set, yet with attention to detail, put me in mind of Cadfael. Sarah Jenkins, Catherine Donavito, Hollie Moore, Meg Honeysett, Samantha Jones, Laura Gwynne, Betty Morris and Valerie Lewis, all gave first class performances, as did James Meadows, David Jones and Daniel Beer. I admired Hilary’s dedication to her art by coating her hair with a mud pack which made it look truly disgusting. It was nice to see Laura in a different role to her usual feisty character that we are accustomed to. Sarah and Catherine worked well together and were very strong. I thought Daniel gave his best performance to date and Valerie’s depiction of the rather batty Agnes was excellent.

Magna’s plays are never predictable and this one was no exception; the story they told was difficult, the message it gave was powerful and the ending was unexpected, and once again, I loved it.