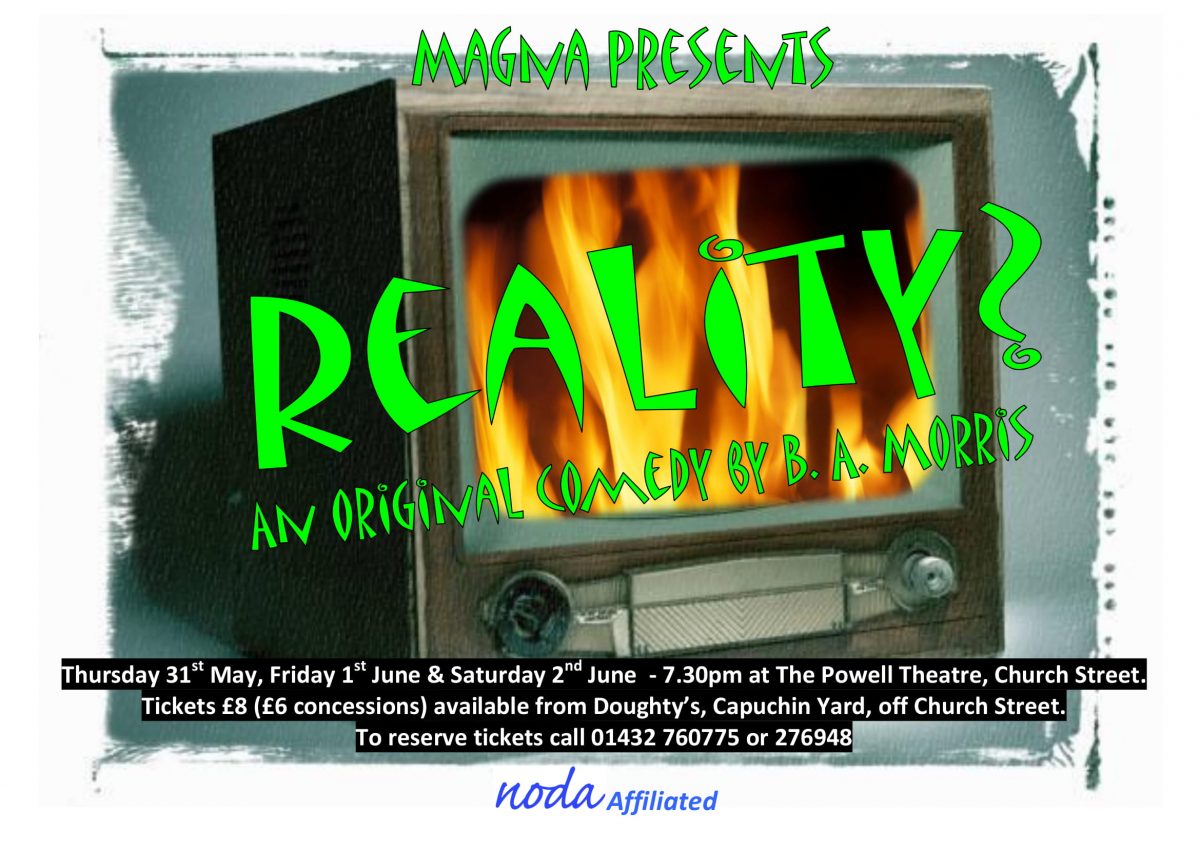 This clever play gave the audience an insight into the machinations of the world of reality TV.

Gareth Thompson played a manipulative show Producer who was working to his own agenda and was thoroughly objectionable. In complete contrast Tim, played very well by Thomas Lewis, was the nervous and somewhat intimidated assistant who got the upper hand in the end. Hilary Jones was the brilliantly superficial Presenter.

The ‘celebrities’ were Nikki Ellis, Sarah Jenkins and Daniel Beer as aging rockers with a public image that was a complete contradiction to their real lifestyles, a Diva – Samantha South (Maureen Baker), boy band member (not) (David Jones) who had even dyed his hair for the occasion and Hollie Moore as Cindy Marsh an ex child star.

I particularly enjoyed the audience participation from the very interfering Grandmother (Val). It was another Magna success, well done everyone