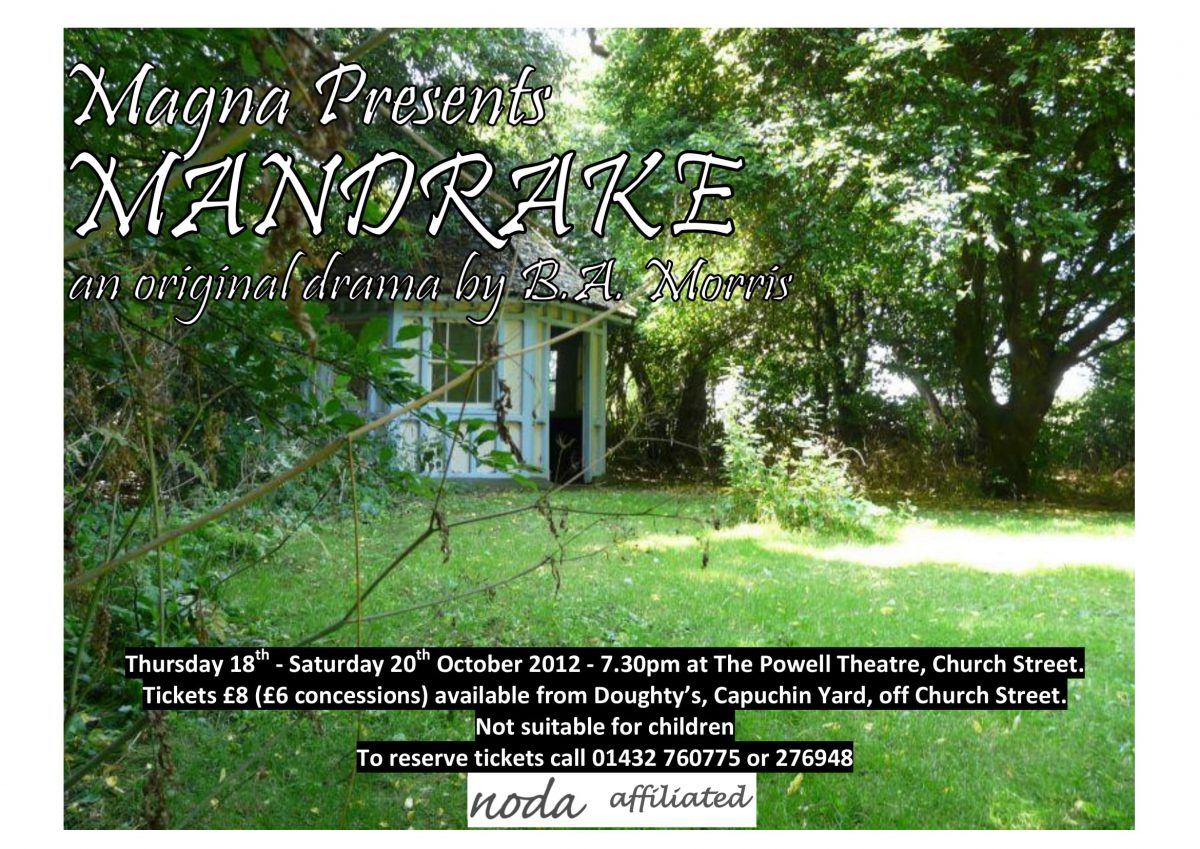 The fact that whilst watching Mandrake I felt extremely uncomfortable at times as the plot unravelled, is a good indication of how well the cast performed this well written play that tackled the sensitive topic of child and adult abuse, both physical and psychological.

The twists and turns of the characters, who in the end were all connected, was so intricate that it kept everyone engrossed to the very end. This was a tough subject to watch so I cannot begin to imagine how the cast felt, but I did enjoy it very much. As one of the cast said, it was very hard for those who played the abusive characters that are completely the opposite of themselves.

I was totally convinced by their performance and was delighted that they got their just deserts in the end. This play pushed the boundary and made us face what we don’t always want to see but it was extremely well written and performed which helped to soften the ugliness which lay beneath.

Fred, Charlotte, Sarah, David, Tom, Catherine, Daniel, Nikki, Valerie, Laura, Gareth, Hilary and of course the incomparable Betty, you should all be very proud of yourselves.