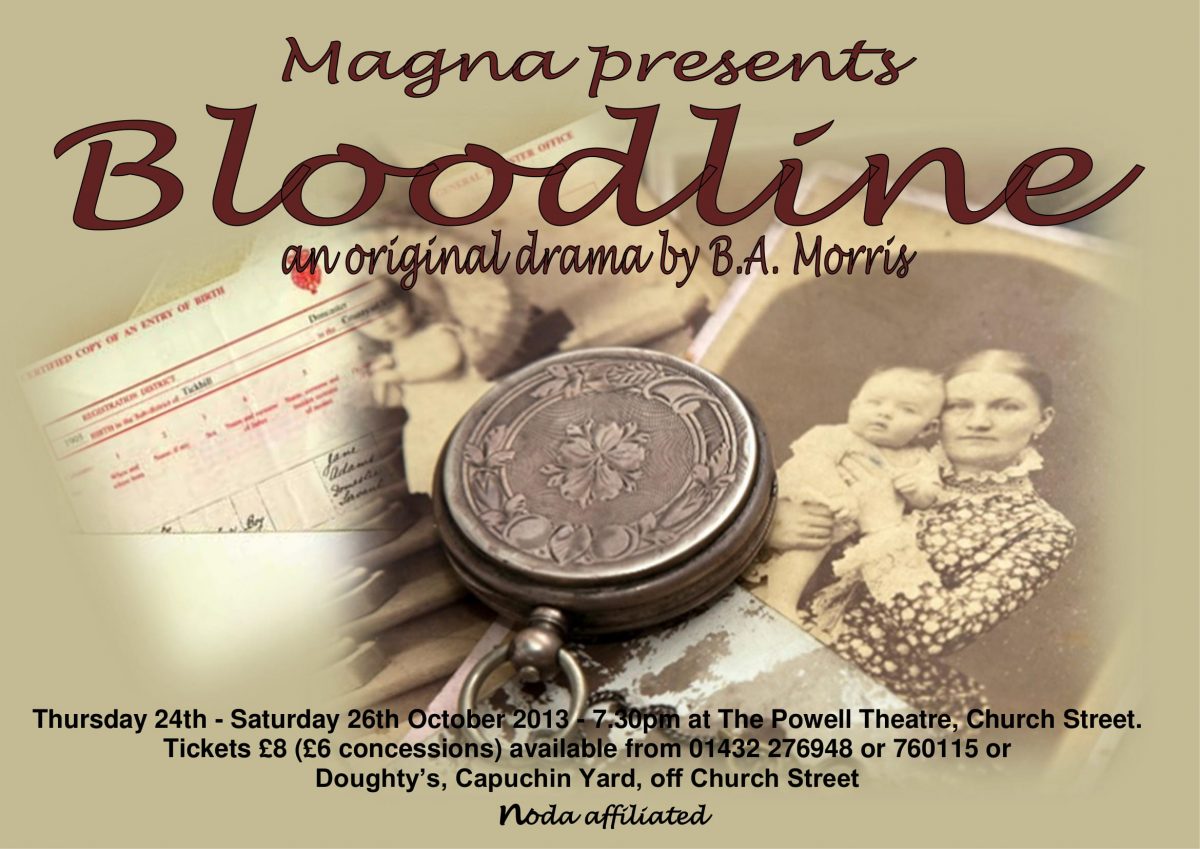 Magna’s latest drama, written and directed by Betty Morris, called Bloodline, was a complicated story about a secret that had taken place years before. This was acted by the cast in the present time but also as their ancestors in 1937. The seamless switch between the two periods worked well.

It was nice to see the younger members of the cast in wordy and tense roles; they just get better and stronger each time I have the pleasure of watching them perform. Catherine Donativo as Cathy/Violet was passionate in her performance, and was completely believable as both of the characters she portrayed. Tom Lewis was so confident in the role of the privileged yet spoilt aristocrat who, like generations before him, took what he wanted without facing the consequences.  Sarah Jenkins as the mother gave a solid performance as did David Jones in portraying a less than desirable character and Daniel Beer as the hapless Will Garvey.

I genuinely disliked Hilary Jones as Maxine, the manipulative traitor, who was trying to recruit for the Nazi’s, and I felt great sympathy for Rose, played by Laura Gwynne, who gave a very believable performance. Valerie Lewis gets my ‘outstanding’ performance award for the way in which she switched from being the supportive and loveable Gran of the present to the thoroughly unlikeable Granny Carter of the past; such venom is hard to portray, but she managed it with gusto.

A special mention must go to Nikki Ellis who stepped into the role of Harriet at very short notice and did a splendid job. Unfortunately there were a few technical problems with the lighting, but it did not phase the cast one bit; they just carried on regardless, proving that they are real troupers.