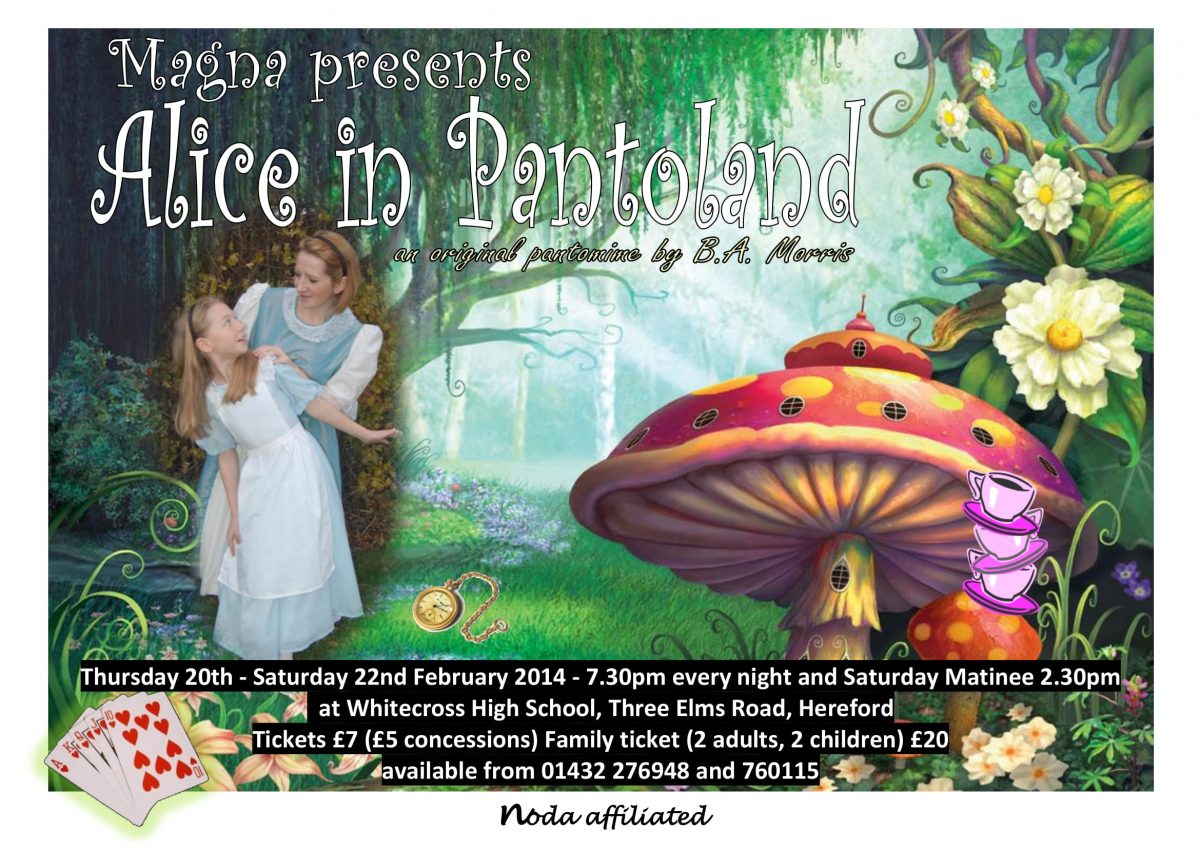 This was written especially for the group by one of their own members, Betty Morris, who is very clever and creative.

This was a take on Alice in Wonderland and it was lovely to see the members of Young Magna and the adult Magna group on stage together and also the combination of young Magna and adult Magna with parts and also members of the same family taking part i.e. mother and daughters and a husband and wife.

The young ones were really enjoying their roles and hats off to Little Alice played by Charlotte Gwynne and also her mum Laura Gwynne who played Big Alice.  It was also good to see members with various abilities.  Special mention should go to Jess O’Malley who played The Mouse who did a very good break dancing move.

I loved the modern references especially to the Z factor!  The songs kept the feet tapping and I personally enjoyed the Material Girl and also singing in the rain numbers!  The choreography was very good and you could see that Young Magna had worked very hard on their numbers.

Simon Gillibrand who played the roles of Alice’s mother (and also the Queen of Hearts) did not let any wardrobe malfunctions like the hooks coming undone at the back on his Act 1 costume to detract from his performance and Gareth Thompson who played Alice’s father made it part of the performance to sort out the dress!  I definitely loved the Queen of Hearts costume and the blow up flamingo!

Thank you so much Magna for letting me come and see your performance.